Is this the real life?
Is this just fantasy?
Caught in a landslide
No escape from reality

These lyrics are an introduction to the subject of the song, meant to help the listener understand the protagonist's point of view and mindset for this story.

"Caught in a landslide, no escape from reality" is a telling phrase; Mercury was in unfamiliar emotional territory at the time he wrote this, being in a long term relationship with his best friend, Mary Austin, but he was also having his first gay love affair. He had to have been confused by his own feelings. 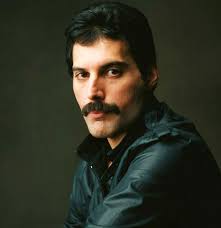 It's difficult to analyze a song who's writer refused to explain it. Mercury did claim in an interview that the song was just a tongue in cheek mock opera - just something for fun. Reading the lyrics, and those of other Mercury songs, you can't help but believe there was more to this than "just something for fun". Consciously or subconsciously, Mercury was conveying some ideas through the song, but what?

Albert Camus' 'The Stranger'
One of the best arguments for the song's inspiration is Albert Camus' novel, The Stranger (1942), a book we know Mercury read and re-read. It's an existential novel, whose title character is Meursault, an Algerian who kills an Arab man in French Algiers. The story is divided into two parts Meursault's first-person narrative view, before and then after the murder.