Easy come, easy go, will you let me go?
Bismillah! No, we will not let you go!

The protagonist mentally reviews all that happened at the trial. "He's just a poor boy" and "Spare him his life" echo from statements made at trial. "Bismillah! We will not let you go - let him go - never!" shows the heated debate between prosecutor and defense counsel. All of it runs through the protagonist's mind.

The reference to "Bismillah" - the opening word in the Koran, meaning "In the name of Allah" - calls back to The Stranger and the trial in Algiers.

"I'm just a poor boy and nobody love me" is another of those telling phrases about Mercury and his feelings as he wrote this song. When looking back on the end of their relationship, Mary Austin said that Freddie seemed extremely upset with himself. He felt an overwhelming sense of guilt about their breakup. 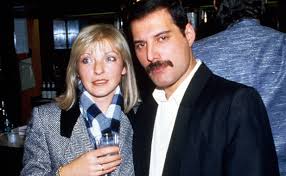